Yes, “What is Feldenkrais?” is the number one question. This was also the question asked by our great teacher, David Zemach-Bersin, at our graduation.  David is the Educational Director of the Feldenkrais Professional Training Program in New York City where I received my certificate.  He also co-founded The Feldenkrais Research Foundation in 2007, a non-profit supporting scientific research on the Feldenkrais Method.

So, I will use this simple question “What is the Feldenkrais?” as the title of the first post here.

While pursuing my doctoral degree in the Big Apple, I also liked to ask people who experienced the Feldenkrais had the same question too.  People often answered it with a smile: “Magic!”  Then, our conversation would evolve into various subjects and perspectives, such as brain and neuroscience studies, psychology, education, performance art, and well-being. Personally, scientific facts on the design of a human being helped me understand concepts behind the Feldenkrais method the best.

What is my answer to this common question since learning this method in 2011?  Here is a brief listing:

1. Feldenkrais is a last name.  When I first heard this word, I was very confused.  The Feldenkrais Method was named in the same way a new planet in the universe named after a scientist who discovered it.

2. Official definitions are found on International Feldenkrais® Federation’s webpage, Standard of Practice. Here are some of the quotes:

The Method is based on principles of physics, biomechanics and an empirical understanding of learning and human development.

The FELDENKRAIS METHOD is an educational system that develops a functional awareness of the self in the environment. The Method utilizes the fact that the body is the primary vehicle for learning.

AWARENESS THROUGH MOVEMENT lessons attempt to make one aware of their habitual neuromuscular patterns and rigidities and to expand options for new ways of moving while increasing sensitivity and improving efficiency.

3. The method is applied to diverse fields and is often used as a body technique in performance art trainings, such as music, theater, and dance. The Feldenkrais Method and the Alexander Technique are often discussed together. Performance artists learned how to use their bodies more efficiently when performing. For example, singers learn how to exercise breathing and upper body movements to improve their performance.

4. Recent brain and neuroscience studies on brain plasticity, or neuroplasticity, are scientific studies that support the method. For example, Dr.  Norman Doidge‘s book, The Brain’s Way of Healing, introduces Dr. Moshé Feldenkrais and his method and discusses a successful recovery of a blind man named David Webber, who was a wonderful Feldenkrais teacher.

5. According to my own experience, the brain learning is essential to the Feldenkrais Method. In a lesson, we often engage in doing a sequence of movement through a process: know clearly how to do a movement, sense clearly how we  feel in us as doing a movement, and clearly differentiating what have done in each movement.

This process of doing simple movements is interestingly similar to the fundamental process of learning – in other words, to how our brain learns. The learning process is like this: Stimuli in an environment (movements in a Feldenkrais context) happen. A nerve cell, or neuron transmits messages from the sensory organs to the brain. The nervous system is an information highway to the brain. The brain differentiates differences of an event, and learning patterns form. Dr. Feldenkrais constantly emphasized the connection between learning and the brain in his writings, including On Learning in the book The Elusive Obvious and his lecture at CERN on May 7th,1981.

Dr. Moshé Feldenkrais developed the method by focusing on movement learning. He explained that movement learning, in his opinion, was the simplest subject to learn, unlike other subjects which involved complex factors, such asmental and personal history, culture, etc. In doing so, Dr. Moshé Feldenkrais referenced motor development in infants, such as learning to crawl and walk, etc. as a crucial concept to develop his method. 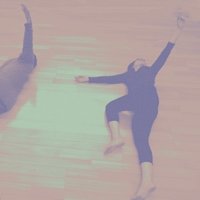